A horse is a reflection of his owner

The best way to get to know the trainer is to know the trainer’s horses. Each horse in the Worthy Herd has been started, worked, and finished by their owner, Sarah Brown. If you have any questions about how your horse will turn out, and what he will know at the end of training, take one of these horses for a spin and find out!

Each of these horses is unique in their history and background experiences, one of them is probably similar to yours! 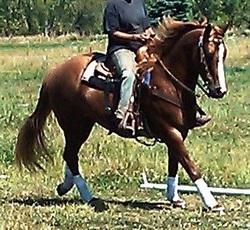 Doc is the Heart and Soul of Worthy Trails Horsemanship, he has been with us since the very beginning when he was just a weanling. He it not just a Ferrari on the trails, he has also been successfully shown as an all around horse. He joins us on many of our events including clinics and demonstrations and works as a guide horse for our lessons. Just a little horse at 14.3, he is the perfect package! 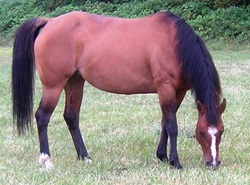 Lass has also been with us since 2008, and seems to be the most sought after horse among the herd. Kind hearted and smart she can please any rider. A proven leader, she has been shown successfully in western dressage, western pleasure, halter, dressage and equitation. She won the blues for even novice riders and was the best in building confidence in our beginner riders. Lass had to retire this year at only 19 years old due to her navicular. Though she still enjoys being a petting horse for the smallest of kids being introduced to horses. She is happily still leading the herd in the pasture. 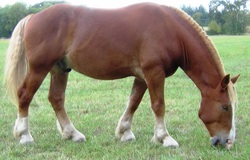 Jack has been around since he was just a tiny 13 HH weanling, he was brought out to Oregon when we moved here from Colorado. The perfect gentle giant, Jack is mainly used as a driving horse but has been known to pack multiple kids around to keep them entertained. Not the best skilled of riding horses, his work ethic as a driving horse is incomparable. 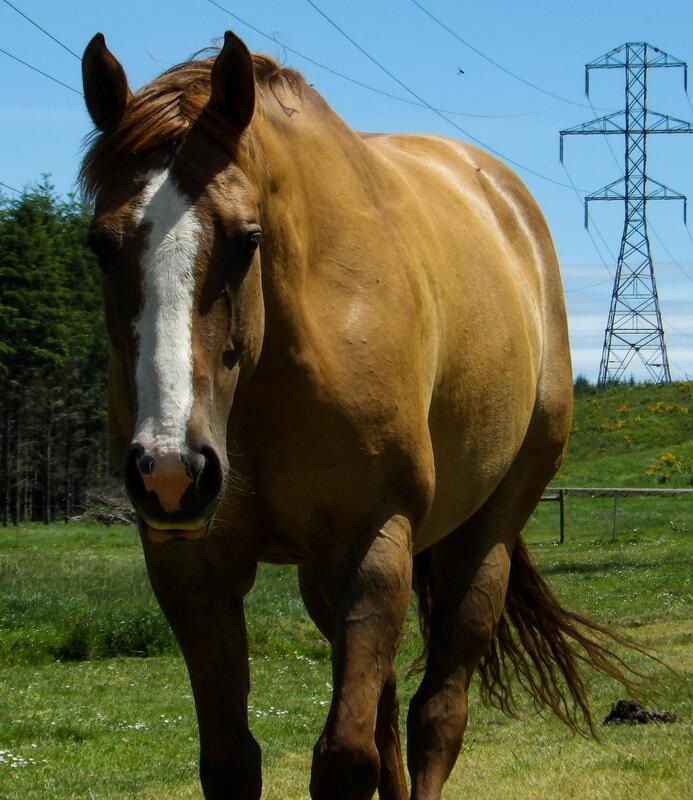 Gracie is the daughter of my two best, Doc and Lass and she reflects both her mother and her father! She left us for a few years, but was returned when she proved to be beyond the skill level of her owner. She has been in training, relearning her foundation and has done simply amazing! She is sensitive and skilled, and has a mind of her own. She has joined our lesson program while she is in training and does an incredible job of teaching timing and feel. 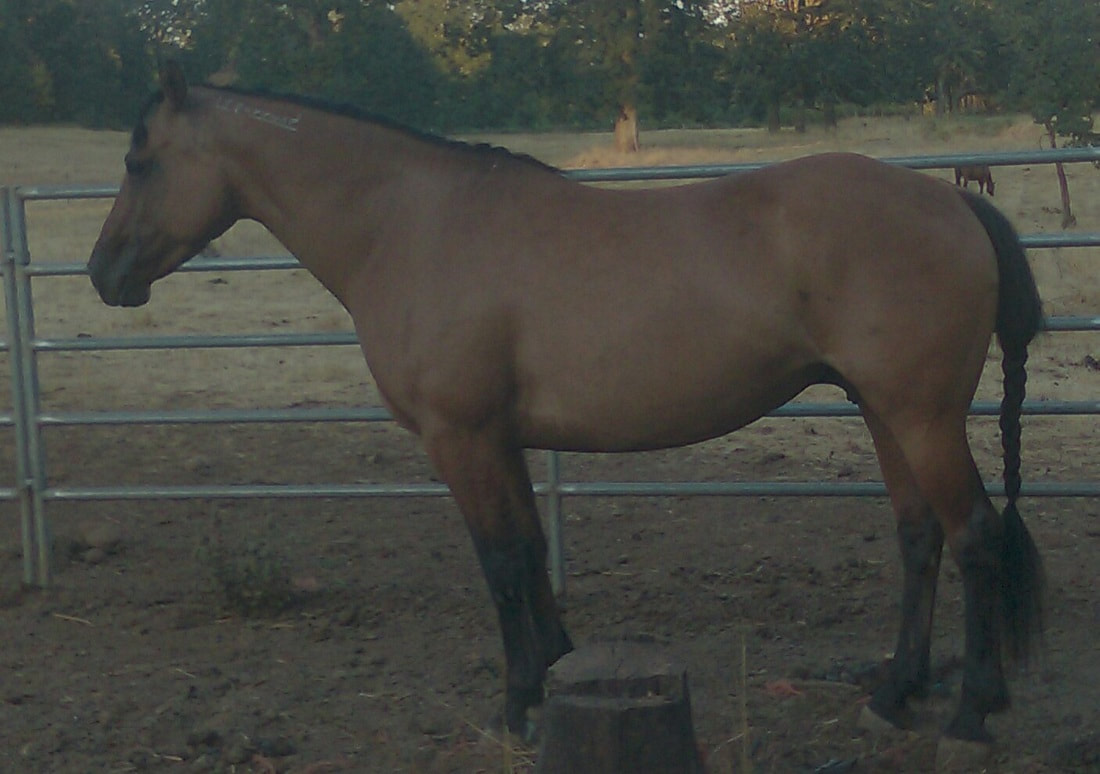 Sage came to us in 2015, adopted from the pens in Oregon. She is a 2009 BLM mustang from the Palomino Buttes HMA. She was 6 when we met, and  was a lead mare when she was out in the wild! Just while being caught and brought in from the holding pen, all the foals in the enclosure followed her. She has been tough to reach, but has stolen the hearts of everyone that meets her. She is under saddle, ready to hit the trails, but where she excels is the liberty work. Always connected to her handler, even when the handler is on horse back.  Limited to experienced riders, she has a lot to teach about the connection between horse and human.

Days Without Dying aka Finn 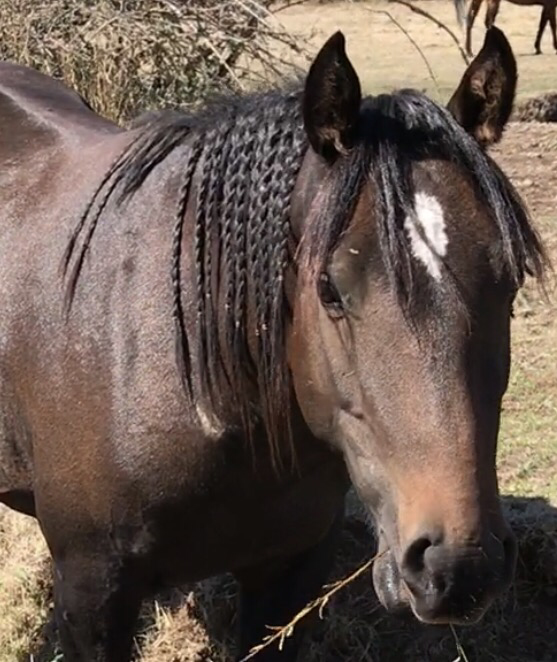 Finn is a 2015 mustang from the Colville reservation, he was gathered in the spring of 2017 and taken to a trainer who was unable to gentle the little stud. She announced that Finn was aggressive, dangerous, and untrainable, and decided to have him destroyed for his behavior. A local horse rescue stepped in and rescued him from euthanasia. I adopted Finn and he affectionately earned the name "Days Without Dying" as each day he proved he didn't have a mean bone in him. He also has the nicknames of "Kids Without Killing", "Vets who weren't Victims", and the FinnMaster. His greatest joy is when he can show off how well he handles all obstacles. He has made an outstanding lesson horse for beginners and teaches with a kindness that is rare to find. 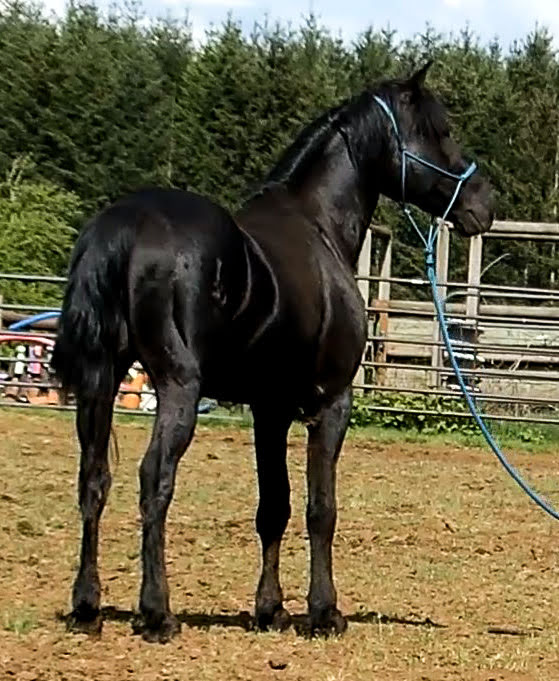 I bought Cody right off the range in 2020 and he was quite the find! He is a 2014 mustang from the Warm Springs reservation. I will admit I was a little leery of bringing home an adult stallion that stands close to 16 hands (Cody is 15.2) but I have no regrets now. Cody is gentle by nature, but his years as a wild stallion stay with him. He protects everyone he believes is part of his herd, and shies away from those he thinks don't belong.  He is such a pleasure under saddle, yet not quite ready to join our lesson program. I try and increase his human herd as much, and as often as possible and one day he will protect us all! 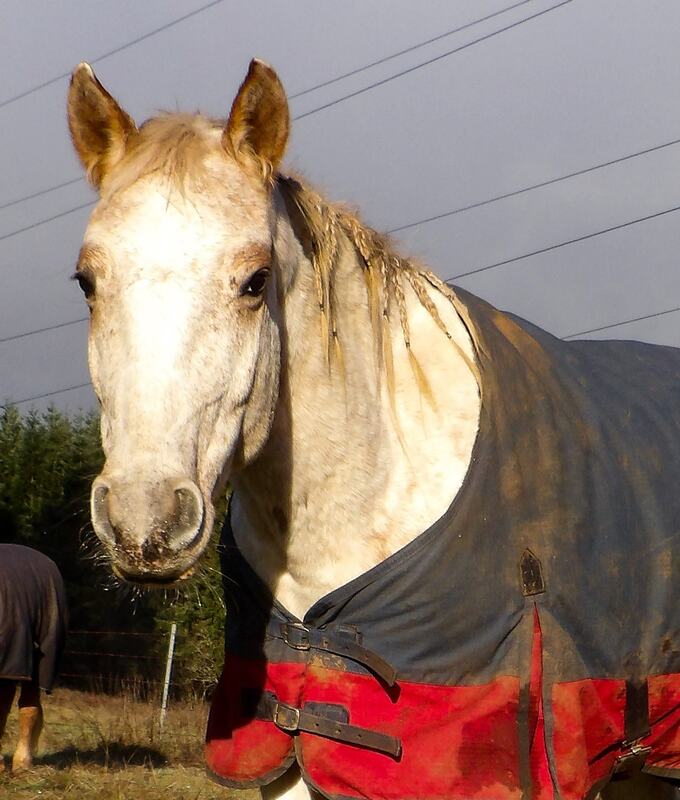 Theo is pretty new to our herd. He is a 2017 BLM mustang from the Warm Springs herd. When I met Theo, he seemed a bit shut down and closed off and I couldn't imagine why he didn't behave like the bouncy youngster he should be. I discovered later that the person who put their hands on him first right out of the wild was a rough handed trainer using outdated methods. Theo had just given up trying. After just a few months, Theo is coming out of his shell. And when he shows us who he is, he is such a fun horse to be around! He really enjoys people, despite what he's been through. He is already giving lessons in horsemanship and training, and while he doesn't know everything, he always does his best to seek out the reward! 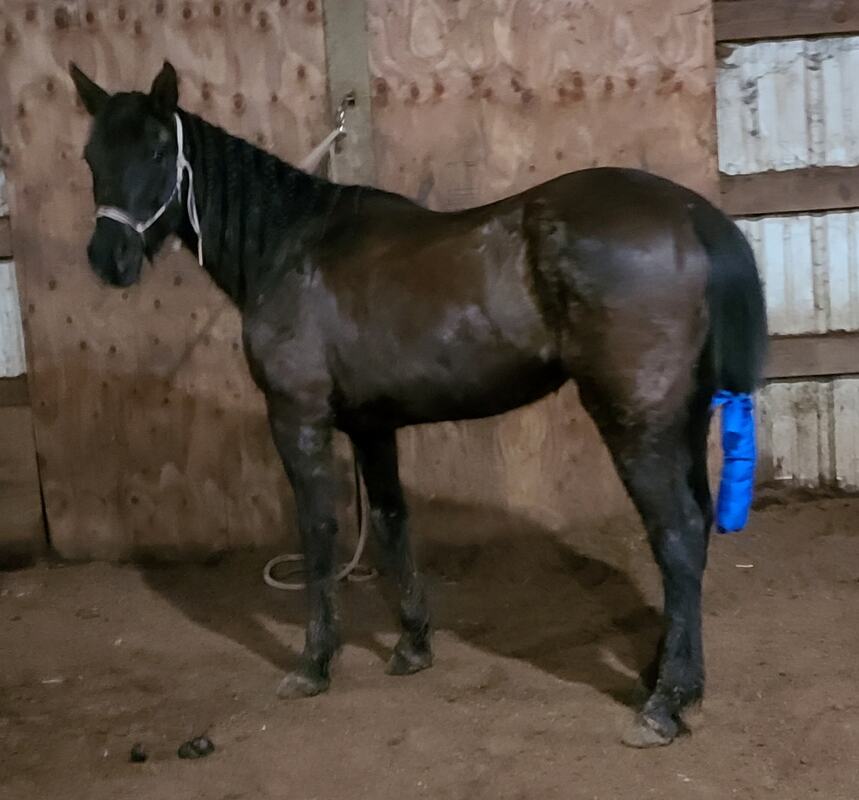 Raven is our newest mustang, we brought her home Dec 8th 2020, and I'm not quite sure what to expect of her. She is  2014 mustang from the Yakama reservation. We rescued her adopter from her, lol! Her adopter had saved Raven from being shipped off to slaughter and Raven thanked her adopter by jumping through walls, over fences and generally behaving as wild as she can be. I wasn't even sure we would get her into the trailer after she leaped out of her pen. But in the first months of her being here, Raven has shown me that not only can she jump, but she is smart, and brave and has a heart much bigger than you would think from a 13.3 pony.  She seems to enjoy the kids best, but she has shown in interest in all people. Who knows how far and in which direction this little mare will go. Only time will tell!